You are here: Home1 / skin problem 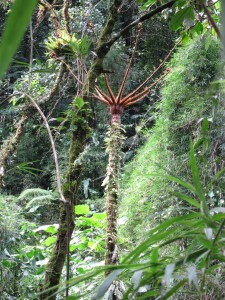 Psoriasis is a chronic skin condition usually identified by reddish raised plaques with a silvery scale. The condition affects 2-5% of the US population and about 1 in 3 have a first degree relative with the disease.

Psoriasis is believed to be an autoimmune disease that may be set off by a viral infection. This infection stimulates the immune system to form lymphocytes that react to certain proteins in the skin. Flares of psoriasis are often associated with psychological stress, infections, and certain meds. Infections are believed to stimulate the immune system to a more reactive state. The list of medications which are associated with a flare include beta blockers (a high blood pressure medication), nonsteriodal anti-inflammatory agents (such as Aleve or ibuprofen), anti-malarial medication, and withdrawal of steroids. The exact cause of how these medications cause the psoriatic flare is unknown.

The condition most commonly affects the elbows and knees. However, it may occur anywhere on the body and nails. Nail changes include separation from the bed , pitting, scaling and discoloration. Minor skin trauma is often associated with initiation or worsening of the condition.

Treatment of psoriasis is difficult. Topical treatment is often the first step. The topical steroids have been the initial choice but new immune modulating agents are becoming increasingly useful. Both of these types of medications work by suppressing the immune response. Topical steroids come in different strengths allowing the milder flares to be treated with the lower potency steroids and the more severe flares to be treated with the higher potency steroids. The steroids are very effective treatment but their use is limited by their long term side effects. The immunosuppressants commonly used in the United States are Elidel and Prograf. Other topical treatments that are still used include vitamin D derivatives, topical retinoid and coal tar extracts.

Other treatments for psoriasis include light treatment with ultraviolet light. It is unclear if tanning is useful in treating psoriasis but some studies have shown sunbathing to be use in clearing psoriatic plaques. The most aggressive treatments for this condition are the oral immunosuppressant and chemotherapy agents. These are powerful medications reserved for the more aggressive types of Psoriasis. They require very close monitoring to watch for the significant side effects that may develop with their use. Some of these side effects include bone marrow suppression, kidney damage and liver failure.